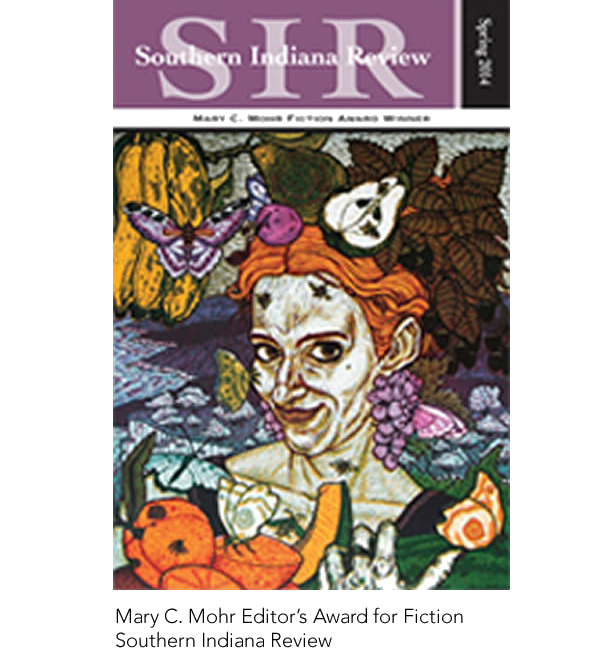 Reiner slid his screwdriver down the doorframe until he hit the deadbolt, pissed that he had once again given into his wife and was actually breaking into their neighbor’s house. The old widow, who had lived there alone, had died four months before, but yesterday evening, Beth had noticed a suspicious light.

“What if there’s a burglar in there?” she had said. “Or a crazy person? One tossed cigarette…” She didn’t have to say it. Flames would rip through their conjoined wooden houses faster than any fireman could strap on his hat. Reiner had scoffed at her suggestion to call the police. In the tiny German farming village where he’d grown up, people took such matters into their own hands.

Still, he had tried to avoid the unpleasant task. “Maybe it was an electrical surge,” he had said. “Or the moon’s reflection in a mirror.” But Beth persisted until he agreed to investigate.

Now the wind stung his face and cut at his neck. He thrust the screwdriver in at different angles, but the bolt refused to budge. In the distance, St. Peter’s bells rang out more times than there were hours on a clock. Beth and six-year-old Marlowe had just headed there for Sunday Mass, the two of them skipping down the sidewalk in their dress-up coats.

“We’ll be back for lunch,” Beth had called out gaily as she escorted their son onto a path she unabashedly believed would one day lead him through the pearly gates. The small boy, lagging, had waved one last time, then vanished with his mother around the corner. As Reiner wrangled with the latch, he felt a lurch in his gut as if his wife and son were really gone, as if he had already lost them.